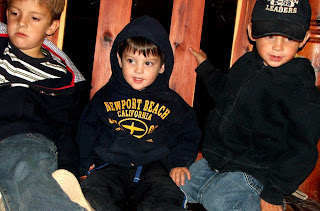 Not really. But maybe.
We, along with the rest of Utah County, went to the Corn Maze festivities this year. Aaron's brother Josh and his wife Cally invited us along with them, and when Aaron asked if I wanted to go, I said;
"I don't want to go. But I will."
So we went. And we went to the "David Narchuletta" corn maze. (My kids call him David Narchuletta- and I don't feel like correcting them.)
(And let me just say that I love Josh and Cally and family, and we had the best time with them!)
In addition to the corn maze, there were lots of other fun activities. Slides, large jumping things (I don't know what they were), a huge rocking chair, a mini maze, a little cow ride out in the corn field, and a giant, scary, dark tunnel . So, so, so many other fun, fun, fun things IN ADDITION to the corn maze.
I, in my nicest voice, suggested to Aaron "Let's skip the corn maze and just do this stuff!"
And, he, in his "I'm a man on a mission" voice said "Nope- we came here to do the corn maze- we're taking the kids through the corn maze."
I am not a corn maze kind of girl. It's dirty, and smelly. And the corn dust gets up my nose. And the last 2 times I got stuck in the middle of a corn maze, I had to pee. But I'm a nice, accommodating wife and mom sometimes, and lucky for my family, this was (momentarily) one of those times.
To make a long story not so long (I can't tell a short story to save my life) we got stuck in the middle of David Narchuletta's head, my bladder was full, dirt was up my nose. I've got 3 kids throwing corn at each other, and non-stop Narchuletta playing, and replaying, and replaying over the speakers.
Torturous. I can only handle so much "Imagine".
We came to the 2nd bridge and I told Aaron to cut through the already worn cheater path to get to it. I wanted out and I wanted out ASAP.
Aaron was the leader with the map, and HIS way to the bridge was NOT through the cheater path. He said "I'll get you to the bridge."
And then I said "the bridge is right in front of us- let's just cut through." And then he said "no, just follow me." And then I said "whatever."
So we took this BIG ol' long, non-cheater-map-proven way to get to the bridge. And this was the part where we almost got a divorce. In the middle of the Narchuletta Corn Maze. We "bickered" and argued over why we just didn't cut through the bent, flat corn to get to the bridge. It was awesome. Josh and Cally enjoyed it. I'm sure the kids loved it. And after that we made it to the corn hole exit in record time.
It's amazing how fast you can get out of a corn maze when your marriage depends on it.
We quickly recovered, as we always do. Kudos to Aaron for putting up with me. (Seriously- I married a saint. I just have to say that.) We road some dirt bikes (or dirty bikes), took some pictures, had lots of fun with cousins, and watched the end of a pig race with Josh and Cally. But most importantly, kissed and made up.
And the best part- for me- was eating at JCW's burger joint, afterward. (Where we saw the Hansens.) The happiness food brings me is amazing. And I can only "imagine" that had the evening started with a cheeseburger and fries, I MAYBE would have been less crazy.
Maybe.

G-rant said…
"I'm a nice, accommodating wife and mom" ha ha ha ha ah I'm about to pee my pants. If you would have started with the cheeseburger and fries in the beginning you would be stuck in the middle of the maze about to poo your pants.
10/28/08, 7:29 AM

Amy Coontz said…
You are so funny!!

Anonymous said…
I love this post...it cracks me up! I miss Utah and the corn maze. And JC's.

Last time I went to the corn maze whilst in Utah...I got pelted with corn cobs from some teens who thought it would be more fun to hit people with the cobs than try and get thru the maze. Does anyone make it out without a few scars of some kind? :)
10/28/08, 8:31 AM

Carina said…
My favorite:
"And this was the part where we almost got a divorce."

Cally said…
I LOVED watching you two "bicker" because when we were first married you guys were relentless with us. Any time we had a mild disagreement you would say "stop bickering". So, I thoroughly enjoyed telling you to stop bickering! Thanks for going with us. So much more fun with family! We'll invite you again next year...be prepared (and get burgers and fries on the way).
10/28/08, 10:56 PM

Stephanie said…
I've decided corn mazes are for teen/pre marriage people who are just starting to date and still have butterflies and anything is fun and exciting. Seriously. I hate corn mazes too.
10/29/08, 2:35 PM

Stephanie said…
I've decided corn mazes are for teen/pre marriage people who are just starting to date and still have butterflies and anything is fun and exciting. Seriously. I hate corn mazes too.
10/29/08, 2:35 PM

Laura and the family said…
Maybe the next time you are in maze,you can have the kid to make a blue tape with an arrow to assist you to get out of the maze.

Knowing that maze makes your brain work, but knowing that it is far much better than leaving you out in a tall corn field in the middle of a nowhere! Having the kids rescue you is better than nothing.