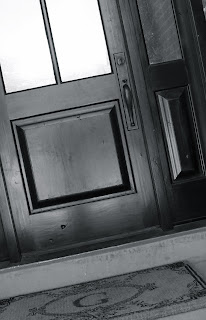 Sup! I'm back from the circus, and believe me, it was a circus.

I have to expose a weakness of mine. Maybe it's more like a disease? A phobia. It's a actually a fear. I hate traveling. I am a total homebody. I like my bed, my shower, my house. I like my routine. And while the idea of a vacation, or going somewhere fun is appealing to me. When it comes down to actually leaving, I freeze. I lock up. I don't want to go! With that said, let me begin to tell you about my recent vacation. It may take days to get through it all.

Aaron has an annual trip that he goes on with some friends that he grew up with. Or went to high school with? Or just hung out with? Anyway, they are good, longtime, do anything for you kind of friends. And as much as I hate it when he goes, I have learned that no amount of crying, pleading, or begging for him to stay home will keep him from going. It's a tradition.

To make a long story short, he flew to Mexico on a Thursday, and returned to Las Vegas the following Sunday. Parker had a soccer tournament in Vegas that upcoming week, and the plan was for all of us to meet up in Sin City (I HATE that place, by the way, but more on that later). Which meant I would drive 6 hours with 4 kids all by myself. A thought that would normally make me feel sick to my stomach. Cause me MAJOR anxiety. And bring on a fierce battle with hives. But this time it was different.

And I think it was different because Aaron had been gone 4 WHOLE DAYS. And I missed him, and the kids missed him. And life is just better when we're all together. So when Aaron got to Vegas, and called to say the internet was working (he had to work while we were down there, so our entire trip hinged on technology), I packed like a mad woman, and piled the kids into the car.

The anxiety wasn't there. The pit in my stomach had disappeared. The fear of our house burning down, or us getting in an accident was replaced with the excitement of us all being together again. Even if it was a reunion set in hell.

It was 125 degrees while we were there. OK, so I am exaggerating. But I seriously wondered how people can live in Las Vegas. (Especially Heidi and Nikki?) And I grew up in Bakersfield, CA. (It's not cold there). I went on a small vacation once with Ali and her sister Amy, to Arizona. And while we were there we coined the term "Satan's Breath", because that is the ONLY way to describe what that kind of heat feels like. Like Satan is breathing in your face. And he was in my face again while we were in Vegas.

But, more about Vegas tomorrow.

And I'll tell you about my trip to Bakersfield on Thursday.

And about my nightmare at LAX on Friday.

And I will take a break from blogging on Saturday and Sunday, because I have an appointment with my Bishop tonight, and I have a feeling I am getting "reassigned" to nursery. Which means I will need to go get some pretzels, bubbles, matchbox cars, a small stuffed animal for Sophie, and some fake food for Andie to cook with. (She likes to make me a delicious lunch including ice, cold lemonade). But more about nursery on Monday.

I missed you guys!

Oh, and one more thing. I am in need of some great recipes for summertime. I'm stumped. And tired of making the same ol' thing. So, I am going to experiment with Recipe Wednesday. On Wednesdays, I will post my summertime recipe. And hopefully you (even the lurkers) will comment with a recipe of your own. Deal? Deal.

Laura and the family said…
Oh you are so good to leave us hanging loose like as if we are watching (actually reading) your Soap Opera Blog! Thanks a lot, Mandee!
6/26/07, 9:18 PM

Alifinale said…
I missed you too. Glad your back. Great...now I know you will never visit me in Las Vegas. Not that I really thought you would, since the Satan's Breath trip. Sad for me. It is funny to tell people I am moving to Las Vegas. People either love it or HATE it. Good thing I am more on the love it side. I can't wait to hear what you have to say...or do I want to?
6/26/07, 10:59 PM

Anonymous said…
First I hate Vegas too. And I understand the Satan's breath thing - you are exactly right.
Can't wait to hear about the rest of the week. When I was IMing Aaron you and the kids were in the pool, that was on Mon. or Tues. Did it all go down hill from there? Glad you are all home safe and sound and back to your cozy bed. I understand that part too. I love my cozy bed. The rest of the house right now - not so much!
6/27/07, 1:46 AM

k8shoe said…
Alifinale, I think that everyone who's actually lived in Las Vegas, loves it! Not that you know who I am or care about my opinion. :) Mandee, I'm SO glad that you got the calling that you got! And that you said yes! Yay! Are you going to share with everyone what it is?
6/27/07, 7:55 AM

Anonymous said…
Tell A Eugene that the donut is back in his old yard. Will he pay to have that fixed? Also, tell Eugene that Acel Burke McCain says Hello
Love & Kisses
JOEY
6/27/07, 10:13 AM